Serta and Simmons have been sister companies since 2010, jointly owned, often competing, but pursuing similar dreams.

In 2016, we re-imagined and re-aligned our business: two great brands, one strong company, one dedicated mission. Serta Simmons Bedding is always awake to new possibilities. And our joint promise is one of wellness – giving everyone the sleep they need to live the lives they want.

This is our history. 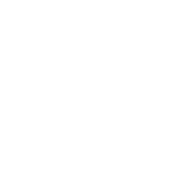 Henry Ford, Thomas Edison, H.G. Wells and George Bernard Shaw are among the many philosophers, writers and politicians who have extolled the virtues of sleeping on a Simmons mattress.

Serta was founded in 1931, the year Serta introduced its Perfect Sleeper® mattress. Since that time, Serta has continued to deliver industry firsts: the Sertapedic® mattress in the 1950s; a continuous coil innerspring design in the 1980s; and the breakthrough iComfort® Sleep System featuring the latest in gel memory foam technology in 2011.

These and many other innovations and technological breakthroughs explain why Serta is the mattress provider of choice not just to households, but to major hotel groups as well. 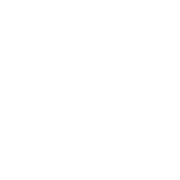 Getting animated. The famous and much-loved Serta Counting Sheep, stars of the company’s advertising campaigns since 2001, were animated by Aardman – who also created Wallace & Gromit.

The Simmons Bedding Company was founded in 1870

The Simmons Bedding Company was founded in 1870 by Zalmon G. Simmons, a banker, state legislator and entrepreneur.

In 1876 Simmons became the first manufacturer to mass-produce woven wire mattresses. The process enabled the company to make mattresses more widely affordable; according to company records, by 1891 Simmons was the largest company of its kind in the world.

In 1925, Simmons first developed and sold the Beautyrest® mattress featuring wire coils individually enclosed in fabric enclosures — Simmons’ Pocketed Coil® technology. It was the first mass-produced mattress with this technology providing individual support and motion separation, so couples could sleep undisturbed. Beautyrest® remains Simmons’ signature mattress brand to this day and is one of the best-known mattress brands. 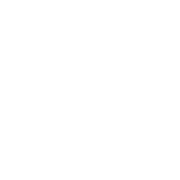 A mattress fit for royalty. In the early Sixties, Simmons became the first company to introduce the world to king and queen size mattresses.

We’re proud to be one of the largest mattress manufacturers in North America and a leading brand in over 100 countries worldwide.

Serta Simmons Bedding is one company with a one-of-a-kind position. We have the scale, the ambition and the resources to continue to bring new innovations that help consumers get an even better night’s sleep.